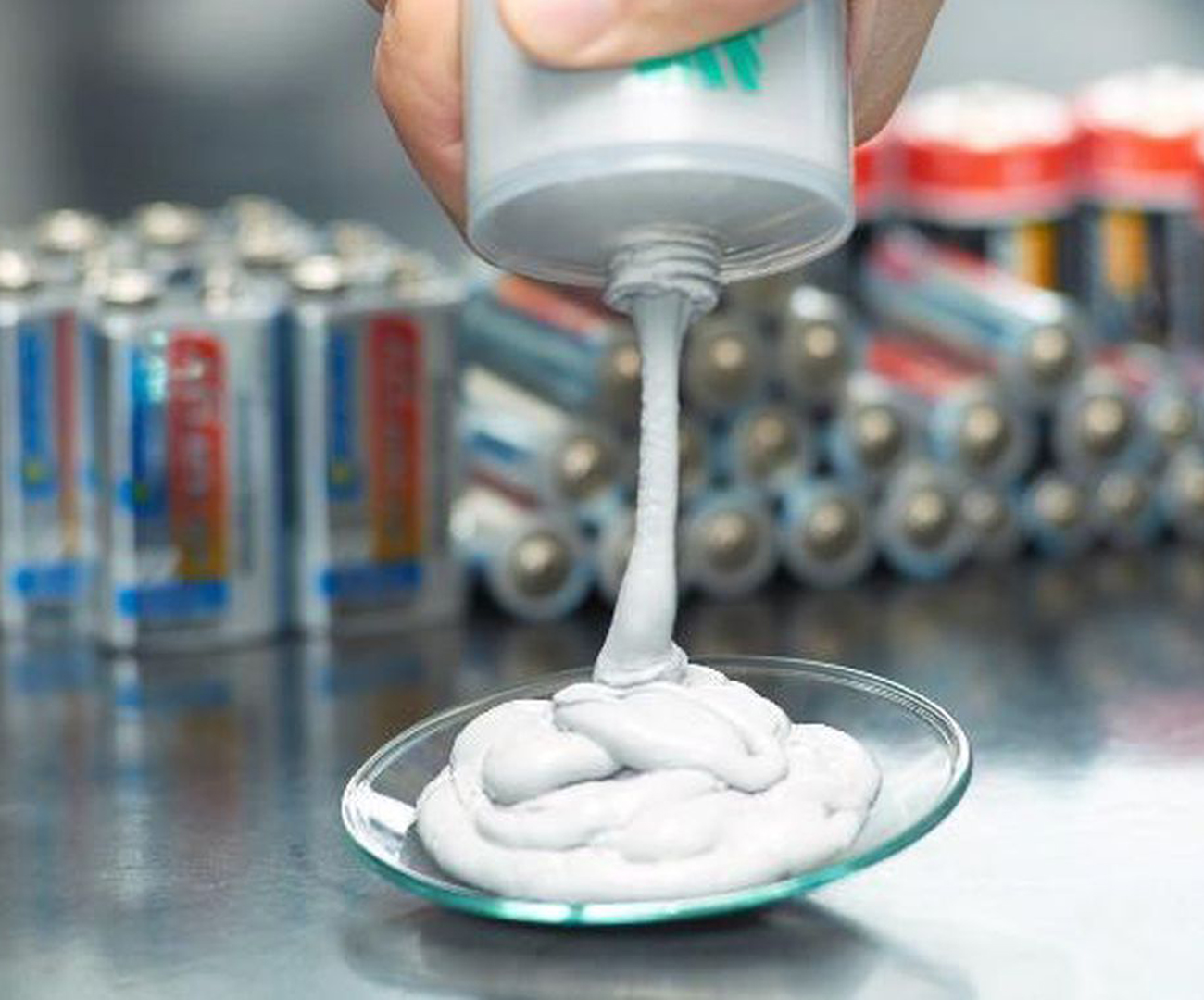 Hydrogen is highly efficient at combustion, and when it combusts, it has no harmful pollutants.  The problem, of course, is that it is so explosive it has been used in weapons of mass destruction, and storing it underneath your car would give anyone a case of the heebie-jeebies.

Using a paste reduces the hazards when using hydrogen, both when the fuel is stored in a gas tank and when consumed in a combustion engine.  The paste itself is over 90% magnesium (Mg).

On the off-chance I remember high-school chemistry correctly, putting a substance like magnesium (which burns incredibly hot!) together with the delightfully explosive hydrogen (H), it is pretty difficult to believe that a vehicle won’t explode like something out of a Die Hard movie.  But nature and science are full of surprises!

Powerpaste is formulated as MgH2 as an inert compound and is stable up to 250°C.  Proponents claim that Powerpaste has an energy density of 10x that of lithium batteries which is quite an ambitious boast.

A Tesla 47.5kWh lithium battery weighs 550kg and has a usable range of approximately 320km.  That same energy as a hydrogen PowerPaste would theoretically push you 3,000km or more.  For the average driver, that is about 1 fill-up every other month.  This would also represent a complete game-changer to the distribution business model and its profitability.

The one thing to take into account, however, is energy conversion.

Fraunhofer, the Powerpaste patent owner, has published that the conversion rate for a lithium-ion battery is 95%, so nearly every kWh stored in a battery is converted into useable energy (in this case, propulsion of a vehicle).  Gasoline, as we know, has a low conversion rate of 17%, so less than 1/5th of your tank is actually moving you forward with the remaining energy being used in chemical transformations and waste heat.

Powerpaste is boasting a 50% conversion rate which is nearly 3x more efficient than standard gasoline petrol, not to mention the increased energy storage when not being used.

It’s important to note that Powerpaste is half as efficient as a lithium-ion battery, but it’s still an impressive gain over a gasoline engine.

And so it’s time for a thought experiment. For this we brought the math nerd out to play!

Let’s assume it takes 50kWh to fully charge a 47.5kWh battery (as there is some energy leakage when transferring power to an electric vehicle battery).  We pay $0.25 on the electricity bill per kWh, which means it costs $12.50 to fully charge our vehicle.

The discussions and opinions I’ve read previously have led me to believe that the most efficient delivery system would be a system of swapping out an old fuel cell for a new one, similar to how many LPG tank swaps work.

Now this is a behemoth Powerpaste fuel cell, but not in size.  It is a behemoth in its energy density, remember, it boasts x10 energy density so now we have a 475kWh block of grey goop under us.  Let us propose the swap cost per kWh is comparable to the status quo of residential energy (it won’t be as current charging stations chart 2-3 times the cost per kWh of charging at home).  In this test case we’ll assume $0.25kWh again.  So, the tank ‘swap’ now costs us $118.75.  But this got us a whopping 475kWh.  Now a fuel cell will power an electric engine, just like the Li-Ion would, and for this case, we won’t use a conversion of the battery to the engine at 0.95 we’ll just use 1.  However, the PowerPaste’s conversion rate of the fuel cell to usable energy to propel the vehicle forward is 0.50.  We’ve got a 475kWh tank that will give us a usable 237.5kWh to propel us on an electric engine.  Using the math above, if we can travel 320km on 47.5kWh, we will travel a similar 1,600km.

But how do we get this back to comparable numbers? Remember, we spent $118.75 to travel that 1,600 km, which works out to 0.074$/km, which is significantly more costly than Li-Ion for the cost per km.

Over 100,000km travelled, it would cost $3,500 more to used Powerpaste if there was a comparable charge rate used to charge at home.

It’s still early days for this technology, and we’ll be keeping a close eye on it. Check out fleetyr as well, why not?

Leasing or Buying Fleet Vehicles: How to Make the Right Choice

4 trends driving the ANZ transportation and mobility industries in 2021

In the Driver’s Seat with Sanjar Bakhtiyar